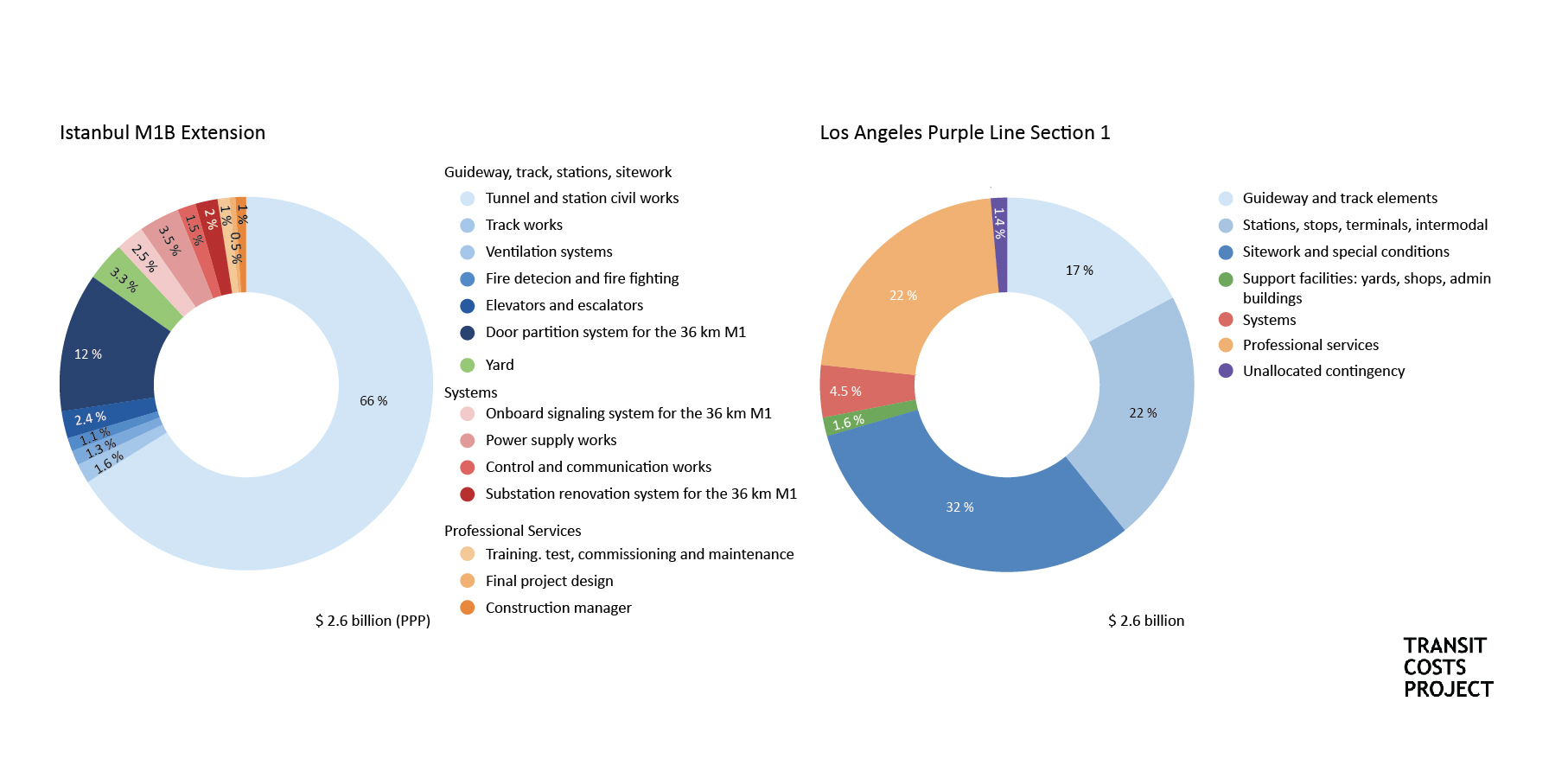 In order to compare costs across different contexts, we decided to take a few projects and compare them side by side. Rather than looking solely at headline costs, we are examining multiple variables at a finer scale, such as urban context, platform length, financing, systems, construction method, number of stations, hard and soft costs, etc. Below is our first attempt to compare two projects. We selected Istanbul’s M1B and Los Angeles’ Purple Line Extension Section 1 because they share similar construction methods, project timelines, platform lengths, and costs. Despite these similarities, they also diverge in important ways; thus, they aren’t perfect analogues. We believe, however, that even though geology, work rules, and wages differ from country to country, it’s still important to compare different projects and uncover what drives costs.

The main differences between the two projects are:

The differences in the budget allocations are:

The right of way, land and existing improvement costs, financing costs, and rolling stock are not included in these breakdowns (we don’t have the information for the first two for Istanbul). M1B’s rolling stock is part of a larger 272-car $517 million ($1.7 billion PPP adjusted) order from CRRC for the full-length M1 line. LA Metro also ordered its Purle Line Extenson Section 1 rolling stock from CRRC. An initial order for 64 cars was placed, and it includes an option to order 218 more, which would make the total 272 cars at a cost of $647 million.

Financing charges for Istanbul projects are about 30-35% percent of the construction costs, which would come to $720 million for M1B making up 22% of the total budget whereas for the Purple Line Section 1, the financing costs are $375 million and make up 12.6% of the budget if included in the total. This difference is due to Turkey usually taking out loans from Europe with high interest rates. For this specific project, Istanbul utilized a new model introduced by the new governor and exported €580 million worth of Eurobonds to finance this project. We don’t have the financing costs information for this new model.